Why Progressive Web Apps Are Transforming The Mobile Experience

Why Progressive Web Apps Are Transforming The Mobile Experience

If recent statistics have anything to teach us, it’s that progressive web apps (PWAs) are quickly gaining mainstream acceptance largely due to their transformative features. Studies have shown that a majority of smartphone users have stopped downloading new apps and for those that do, 77 percent of them never use an app again 72 hours after installing it.

The rise of mobile commerce thanks to the proliferation of mobile websites and native applications has significantly revolutionized the business landscape. In addition to facilitating flexible schedules and real-time collaboration, native apps and mobile websites have given companies the ability to connect to their client base in ways that promote active engagement and long-term customer loyalty. Today’s average customer perceives a mobile device as the go-to source of all sorts of information and services, and that means there’s no better platform for businesses to interact with their target clientele than mobile applications.

According to Microsoft, progressive web apps are apps that combine the best of the web, with the best of native apps. Users don’t have to download them from an App store and this means that enterprises can now create the same app experience for their customers via a website. Here’s a detailed look at some of the features of progressive web apps:

Users interact with a website that is much faster and comes with advanced user interface. Links and buttons load instantly and this means users don’t have to reload each new page.

Customers can still interact with PWAs even when they lose connectivity, or return without internet connection. This is because PWAs can load faster thanks to the Cache API and IndexedDB, which stores the app’s resources and data on devices, allowing them to function even when they are offline.

Progressive web apps (PWAs) can easily be installed by users without visiting an app store. The installation process is normally much faster & simpler compared to traditional apps and takes place in the background.

With progressive apps, websites are now able to send push notifications such as offers or reminders.

In case of poor connectivity, users will no longer be frustrated as these progressive web apps can store form submissions and data requests and re-send them in the background once connectivity is available.

So the big question is- why are many companies abandoning their native app development and adopting progressive web apps? Here are five good reasons why progressive apps are transforming the mobile experience and why businesses are increasingly turning to them.

1. Focus on Your Audience
Focusing on your audience is vital if you intend to build a proper mobile experience. Therefore, you have to make sure that you can address your users’ backgrounds, personalities, requirements, and goals.

For instance, deploying progressive web apps (PWAs) means that you will be able to take your users devices capabilities into consideration and, thus ensure that they only see the best site their device can handle. That is, users with older devices, or browsers that don’t support PWA, will only have access to a traditional website or mobile site.

Additionally, having a PWA means that whenever customers or prospects visit your site, you can easily provide them with the latest version in the background without disturbing them with update requests and download times.

With progressive web apps, you will be able to get the chance to know your audience better and understand what you need to do to satisfy them, even in ways that go beyond the app. And this will come in handy when you’re drafting marketing strategies and creating content for both the app and other digital avenues.

2. Build Your Brand
An app’s user interface can be an effective way of establishing brand familiarity, but with captivating user experience, you will have a satisfied, happy audience with few complains. That’s what progressive web apps are all about- stunning user experiences! PWAs have faster digital experiences (think speed) and thanks to their offline capabilities, they introduce ‘native-style’ client-side caching, and this implies they can outperform websites and native apps when it comes to page loads. This ultimately translates to happy customers.

Happy customers are usually the first to upgrade to new releases and try new features, and that means your company will spend less time refining old product versions and addressing complaints, and more on developing new solutions. Deploying progressive web apps, therefore, means you can embrace innovation and build stronger, long-lasting relationships with your users.

3. Savings
There is no denying that developing a traditional app from scratch is costly especially in terms of creation, ongoing monitoring, maintenance, improvement, etc. However, a focus on progressive web apps can save you money in two distinct ways. First, thanks to advanced UX features means you will avoid a problematic app.

Secondly, progressive web apps have the added benefits of no app store submission, can work in any browser and are installable across all major devices. This means they easily allow your customers to connect with your business from anywhere and at any time.

In essence, PWAs means that you will be able to achieve what traditional apps do without the need to create separate web, iPhone, Android and Windows 10 apps thus save you a significant amount of money.

4. Customer Satisfaction
Today’s fast-paced mobile technology means that users expect nothing less than a stellar experience. So, don’t expect anyone to tolerate frustrating app complexities, and unexpected behaviors. Adopting progressive web apps is a sure way to create a satisfied and loyal base of customers that respect your business and believe in your product or service.

So whether its ecommerce, engagement, dwell time, loyalty, retention, clicks, subscriptions, cross selling, upselling, among others, PWAs will guarantee higher conversion rates. To put this into perspective, Ola (India’s Uber-like platform) saw 20% of their users who had previously uninstalled their app, book via their progressive web app. This is because they preferred the enhanced web experience that they got from the PWA when ordering a taxi.

On a similar note, Alibaba saw a 76 percent rise in conversions and four times higher interaction rate after it deployed a PWA.

5. Beat the Competition
With the number of apps in the marketplaces growing by the second, it’s becoming quite the challenge to be noticeable. Sure, gimmicks like vigorous advertising and free services can help your cause, but if you want to stand out among the millions, you need to involve your audience from the beginning.

Users today are attracted to progressive web apps since they offer the best experience, are leaner than native apps and offer a mobile-first approach. They can seamlessly address the needs of your target audience in a way that beats the competition and this consequently results to high traffic.

In this highly competitive digital space, however, merely having a mobile app is not enough. Both the Google Play Store and the Apple App Store have millions of applications, yet, although some find the success their developers hope for, most of them never make it to the surface.

Consumers today consistently expect best-in-class customer experiences on both mobile websites and native applications. They want to seamlessly switch between the two worlds depending on their requirements. This means enterprises need to adopt progressive web apps so as to better serve their clients. 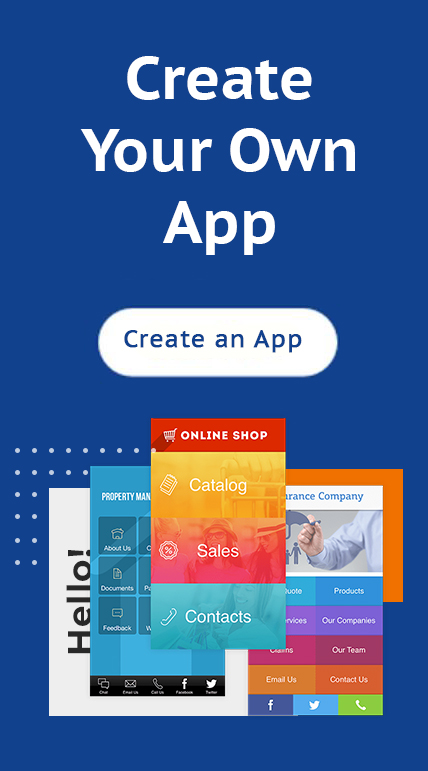